I’ve always appreciated certain religious traditions and love faith experiences where there’s lot of interactive symbolism. These rights and rituals just make God tangible for me. So after taking an assessment at church on the ways we best experience God, I wasn’t surprised that my top 3 were intellectually, through service and through traditions/rituals. Regrettably, this season in my life is severely lacking in traditions/rituals beyond holiday celebrations and so to make up the gap my family has started to celebrate Friday night Shabbat.

The night we launched things, I had invited 2 friends over, one who brought 2 of her boys, and had this very romantic idea of formally entering into rest as a family and community, exploring what does it mean to “rest in God.” Instead I had 5 young boys running around my apartment, literally bouncing off walls. I felt so stressed out and kept apologizing to my friends for my “failed experiment.” They were so gracious but I could see that they weren’t stressed out by the kids, they both have big families, but they were put off by my unrealistic expectation.

We laughed as we pondered what community was like when God initially commanded the Israelites to rest (Exodus 16.) How many young children were accounted for, who did not know rest meant that the wiggles in their fingers and tingles in their toes needed to stop for a whole day, every week? How many parents laid down their worry about rest meaning fully control their children and surrendered to focusing on God?

If having toddlers has taught me anything, it’s that there are many instances where I can’t force my will into being, even if I use all of my might. In the same way I can’t force my kids to eat or force them to fall asleep, I can’t force chaos in my life to turn itself down, and it’s presence doesn’t negate the command that I rest.

All I wanted was a night of peace, because that’s what rest looks like to me, and as I tried to force that peace on those around me I realized: Peace is not something I can create, sustain or force into being; I can only be filled with it, like a vase filled with water.

This is why Jesus was able to sleep in a boat the disciples were worried about capsizing. (Mark 4, Luke 8) His ability to rest was not dependent on his circumstances being peace-full, but was an expression of having His soul nourished by the Fruit of Peace. That fruit is grown by the Spirit who calls Himself Jehovah Shalom, and as we allow Him to cultivate it in us, we too can transcend any chaos that might be swirling around us. 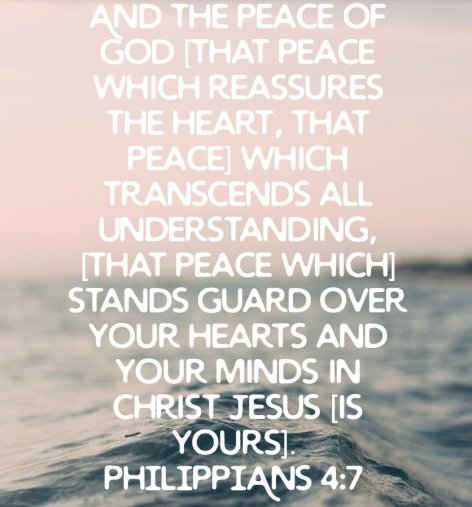