Stay with your brother

My firstborn was the type who occasionally liked to be put down, next to a window, so I imagine he could contemplate all that it meant to be a baby. My second is nothing like that. He likes to be held all the time, and if he can’t be, he needs to be as close to someone else as possible. When no one is in his range of sight, he starts to cry a wail that I can only describe as expressing forlorn. I’ve found myself recently trying to employ my toddler in helping keep my littlest one company, so I can put him down and do something like make dinner. It starts off well enough, with me giving him a rattle and telling him to shake it for the baby. While they’re occupied with each other, I sneak away and start something. My toddler realizes I’m missing, throws the rattle in the little rocker and follows after me. The baby sees he’s alone and starts crying and I’m guiding my toddler back to the living room, pleading with him, stay with your brother.
I find it interesting that at a mere 3 months old, my son’s cries echo the sentiments of God, who when He created a companion for Adam, stated that it’s not good to be alone (Gen 2:18.) In my experience, just living beats down the cry that says, “don’t leave me,” because vulnerability often leads to rejection. Even just the fear of judgment is enough to jade ourselves against community, and create a system where we don’t need anyone for anything. The sad part is I see this jaded viewpoint expressed over and over again against the church.

The writer of Hebrews said, “Consider how we may spur one another on toward love and good deeds, and not giving up meeting together, as some are in the habit of doing, but encouraging one another, and all the more as you see the Day approaching.” (Heb 10:24-25) Why did they make it a point to highlight that some make it a habit of not showing up? Could it be because even back then the excuses of encountering hypocrisy, citing a personal relationship with God, or just not having the time kept believers apart?

Why is specifically a faith community so important anyway? Why can’t I just have a good relationship with my coworkers and my friends and my time with God be just be me and Him?

This world can be gnarly sometimes, and there are many entrapments. I would hope that if one of the boys were about to do something they would get in trouble for, their brother would say, “Hey, don’t do it.” Worst case scenario, they do it anyway, and their brother is there to help them clean up the mess. Or what if a bully tried to hurt one of them? Wouldn’t it be better if their brother was there to help? In the same way, we’re called to support one another and deal with temptation, sin, and spiritual attack in each other’s lives.

Solomon makes this point in Ecclesiastes when he says,”Two are better than one, because they have a good reward for their toil. For if they fall, one will lift up his fellow. But woe to him who is alone when he falls and has not another to lift him up! Again, if two lie together, they keep warm, but how can one keep warm alone? And though a man might prevail against one who is alone, two will withstand him—a threefold cord is not quickly broken.”

That phrase, “Woe to him who falls alone and has not another to lift him up” weighs so heavily on my heart. So many Christ followers encounter temptation, sin or the spiritual attack and have no one around them who understands what that even means, and are left to struggle with it alone. Your brothers and sisters are here. We understand. We want to lift you up.

Another reason is you are vital to the full functioning capacity of the body of Christ. Yes, You.

Paul said, “That there may be no division in the body, but that the members may have the same care for one another. If one member suffers, all suffer together; if one member is honored, all rejoice together. Now you are the body of Christ and individually members of it.” (1 Cor 12:25-27) He didn’t make a distinction that this only applied to those who show up. If I lost an eye or ear, an arm or leg, I would still be a relatively functioning human being, but I would never be one-hundred percent. Think of all those Christ followers, who have so much to contribute, and don’t show up. Think about how that contributes to the dysfunction and lack of potency in the body. Your presence matters so much.

If you’re not part of a faith community, or are considering leaving your current one, I invite you to join ours. If you don’t happen to live in Southern California, reach out and I’m sure we could find you a church that you would feel right at home in. Your brothers and sisters are there to make sure you never fall alone, and we need you in order to reach the corners of this world only you have access to. If you are part of a faith community, I pray that you would find strength within the body, and that you would be encouraged, equipped, and spurred on toward love and good deeds. I pray that the words of David would be true in your life, and that it would be good and pleasant as you dwell in unity with other Christ followers. I pray we would all be given a measure of grace that would enable us, as different as we all are, to uphold one another in love. Amen. 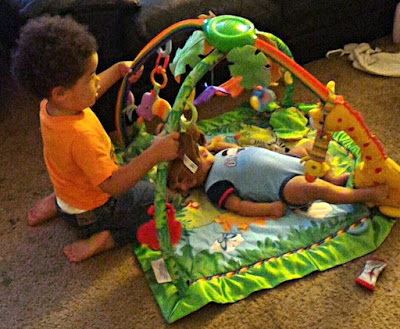